As of 17 September, James Ensor is highlighted at the Ensor House with his The Seven Deadly Sins. In 1904, James Ensor published an album with seven prints entitled Les péchés capitaux (The Deadly Sins), preceded with a frontispiece with the image of a winged skeleton that dominates over the Deadly Sins. The eight etchings are now exhibited in combination with work from other artists who have portrayed, described or musically composed upon the same subject: Félicien Rops, Vadim Vosters, Jules Van Paemel, Bernard Dewulf, Tom Lanoye, Kristien Hemmerechts, Joe Jackson, etc. Special attention goes to the work of the contemporary artist Vadim Vosters. His series of seven paintings, which are now part of a private collection, are displayed for the public for the first time in this exhibition. The Deadly Sins of James Ensor has a long history of origin. The first etching dates to 1888 and depicts 'Lust‘. It is only ten years later that Ensor completed the series with the other Deadly Sins. The series was retouched by Ensor numerous times.

The Seven Deadly Sins—Pride, Avarice, Lust, Envy, Gluttony, Wrath and Sloth—are an iconographical theme that dates back to the early Middle Ages. What the Deadly Sins were, was established by Pope Gregorius I already in the 6th Century. During the Middle Ages, the subject was especially favoured by painters, sculptors and miniaturists. The most well-known work that refers to this theme is the painting by Hieronymus Bosch (late 15th Century, Museo Nacional del Prado, Madrid). However, modern and contemporary writers and filmmakers are also inspired by the Seven Deadly Sins.

To discover at the Ensor House in Ostend through 31 January 2011, under the stewardship of the City of Ostend, Cultural City of Flanders 2010. 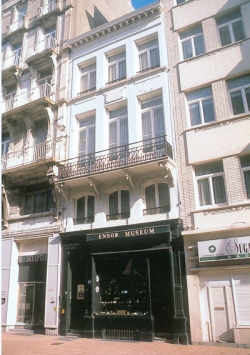 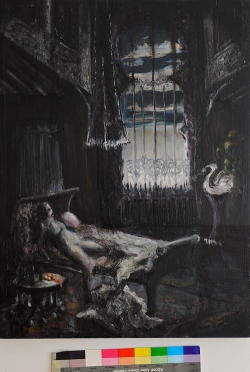 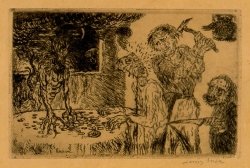 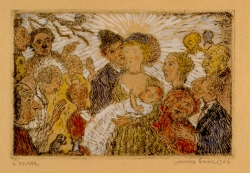