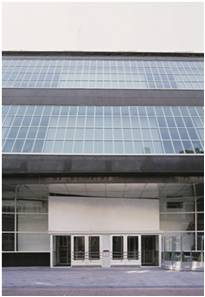 The works of James Ensor in the Mu.ZEE collection were collected by the former Museum of Fine Arts, Ostend.

After the establishment of the Museum of Fine Arts in 1893, three works by Ensor were acquired during the tenure of the first conservator Henri Permeke. Sick Tramp trying to warm Himself (1882, oil on canvas, Tricot 228) Meat (1881, oil on canvas, Tricot 208) and The Haunted Dresser (1885-ca. 1888-1890, oil on canvas, Tricot 279). An extensive collection of etchings from James Ensor was also purchased. In the following years, a pair of etchings were also acquired, but during the tenure of Carlos Loontiens, Henri Permeke‘s successor, no more works by Ensor were purchased. The three paintings and the etchings were lost during a bombardment in May 1940.

After WWII, Loontiens was relieved from his duty and Frank Edebau became conservator. His tenure of service ran from 1946 to 1980. The vast majority of the current Ensor collection was assembled by Edebau, via purchases and gifts. The oil paintings After the Storm (1880), Boulevard Van Iseghem in the Snow (1881), Portrait of Willy Finch (1882), Self-portrait with Flowered Hat (1883), Large Seascape with Sunset (1885), The Gendarmes (1892) and View of the Theatre at Ostend (1906) are worth mentioning in this respect. Gifts included Fisher Couple (ca. 1873-1875) from Alice Frey and Christ Calming the Storm (1891) as well as View on Mariakerke (1901) and My Dead Mother (1915) from the non-profit organisation Friends of James Ensor. Edebau further purchased circa seventy drawings and attempted to put together a new Ensor graphic collection. The chief piece became the unique examplar of the first stage of My Portrait as a Skeleton (1889) on which Ensor once again had his own visage.

The final dwelling place of James Ensor in the Vlaanderenstraat 27 was bought by the non-profit Friends of James Ensor in the 1950‘s and was later gifted by them to the City of Ostend. It is currently a museum that evokes the living world of James Ensor. We also mention here as a side note the collection of letters and other handwritings of Ensor that were purchased during Edebau‘s tenure of service.

On the suggestion of the conservator Norbert Hostyn, who succeeded Frank Edebau, the city management purchased a few paintings: A Cosy Corner at Home (1938), Still Life (Fabrics) (ca. 1880), The Garden of Café Tivoli at Ostend (1876), Baron J. Ensor, his Bad Angel and his Coat of Arms (1934) and View of Ostend (Rooftops of Ostend) (1901). A number of lacunae etchings and lithographs were also purchased, as well as a number of dance costumes from the ballet La Gamme d’amour (1923- 1924).